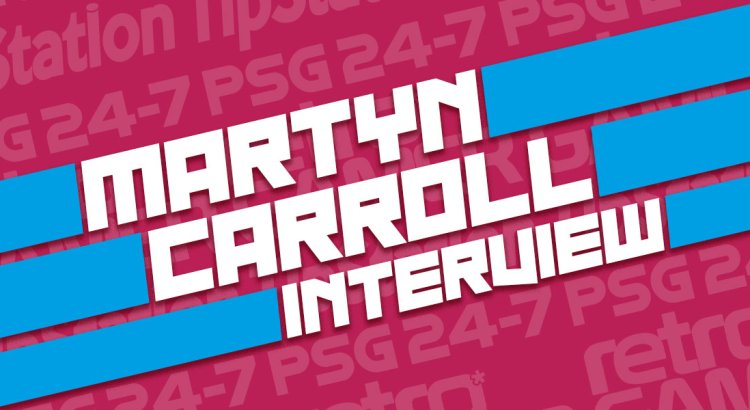 In this latest interview, we speak to original Retro Gamer magazine editor Martyn Carroll. We cover several magazines for the first time on the podcast as Martyn shares his early experiences of the magazine industry.

It wasn’t a games magazine he started on however. As a rabid horror fan his first published work was in long running horror magazine, Darkside. From here we discuss trying to get work on games magazines at Paragon Publishing before starting a job up North at Live Publishing in Macclesfield.

Martyn tells us about how Live attempted to grow their magazine output from just PC mags and into the world of PlayStation and more, however this eventually caused problems. We cover his time on Tipstation mag as well as PSG 24/7 – both magazines not covered on the show so far.

Retro Gamer magazine has been going for almost 17 years now from it’s launch in 2004. We talk about how the idea of the magazine was pitched and those early days of having no staff to help write the mag. As it became more popular it soon became a monthly magazine but before long Live Publishing were in trouble….

We hope you enjoy the interview and a massive thanks to Martyn for his time. Do get in touch on the usual channels to say hello or to give us any feedback. If you enjoy our work, it would be great if you could drop us a review on iTunes, they really do help us get the show out there.