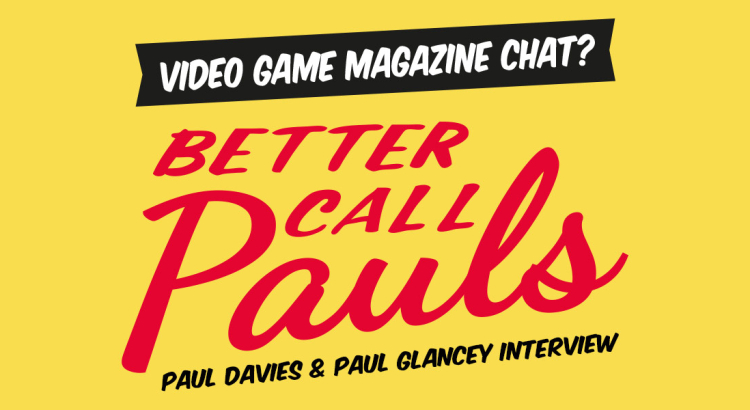 In this episode Paul Davies returns to the show to discuss his career in games magazines. Joining him this time is Paul Glancey.

Both writers are well known for their work in CVG magazine and covered very different eras for the magazine. PG started his career on iconic Commodore 64 mag Zzap 64 before leaving Newsfield for EMAP and joining CVG linking up with Jaz Rignall again.

PD started out at EMAP and is known for his work on Nintendo Magazine System before joining CVG as editor in late 1995 and leading the mag through a rebranding and a return to the glory days.

We cover the 8 and 16bit eras, 32bit era of PS1, N64 etc. As well as this we discuss the launch of Megatech magazine with PG as well as a holiday away whilst working on Mean Machines.

With PD we cover the fall from grace for CVG as management started to take control more but on a brighter note some great memories of Nintendo Magazine System and his love of Kirby.

This was a fantastic chat and thanks to both Pauls for joining us.